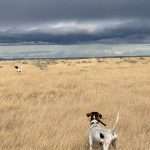 I grew up running two at a time. I’m not sure if this came from our field trial background or if it was the normal thing my dad did prior to me starting to hunt. Maybe it was from the two of us hunting together and we were each responsible for keeping track of “our” dog. This was back in the day before tracking collars and it was long before we ran beepers. We used bells to keep up with a moving dog and you had to know where he was last if you wanted to find him on point. These kids have it so easy with their fancy GPS tracking units!! In a … END_OF_DOCUMENT_TOKEN_TO_BE_REPLACED 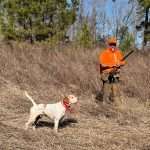 Mississippi can get a really nice woodcock migration. I expect there are more opportunities in the Magnolia State for bird hunters to find them especially on public ground vs quail. I grew up hunting them as an add on bird to quail but today it’s more like quail is the add on bird if you time it right. Our woodcock season runs from mid December to the end of January. Woodcock are migratory and controlled by the feds just like duck and dove. Back in my college days, I was hunting a WMA not to far from MSU. I had found a covey of quail and was … END_OF_DOCUMENT_TOKEN_TO_BE_REPLACED 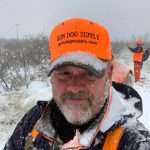 A theory that we developed many years ago for any upland hunting that involves walking is “if you are comfortable standing at the truck, you will be hot in the field.” I'm a fan of layers and my hunting vest is set up to carry the top layers as it warms up. We also tend to make 1 to 1 1/2 hour rounds so we adjust as it warms up. It’s amazing that I can start days bundled up tight and end them hunting in a T-shirt. Starting with temperatures in the 20s and ending in the high 60s is the norm, especially in Texas. I have tested this … END_OF_DOCUMENT_TOKEN_TO_BE_REPLACED 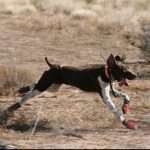 While I tend to think of our boots as foot protection for hunting dogs, there are plenty of reasons to use boots in both the off-season and for city dogs that don’t hunt. There are plenty of dangers that exist for dogs that get their exercise on the streets. There is no reason you should have to worry about your dog getting injured while you are taking them on a walk. During the heat of the year, the most dangerous thing for dogs walking on paved streets is the temperature of the concrete and asphalt. In direct sunlight, asphalt can quickly … END_OF_DOCUMENT_TOKEN_TO_BE_REPLACED

We sell a bunch of first aid kits. When I say a bunch, I’m not playing with you. It’s a bunch. There’s a reason for it. Being a hunting dog is a dangerous profession. Just a short list of issues that can happen (and many that have happened to me) include heat stroke, hypothermia, torn pads, cuts of all kinds including ears, tongues, and bloody tails. Thorns and cactus issues in feet, eyes and legs - most are easy fixes but a few will have you rushing to the vet. Skin tears might be the most common issue for me - I’d love to know a … END_OF_DOCUMENT_TOKEN_TO_BE_REPLACED 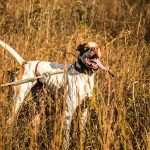 We don’t sell real duck wings on our website even though we could sell a bunch. I’m not sure the exact reason behind it but I know it has to do with duck being a federally controlled resource but they are migratory. I’m not sure if it’s illegal or just difficult but either way, we don’t sell them and it really doesn’t matter. Now I don’t say that because the use of feathers isn’t important in training your waterfowl Retreiver. It’s very important. Getting them comfortable with having feathers in their mouths is a big deal, they just don’t … END_OF_DOCUMENT_TOKEN_TO_BE_REPLACED

Sign up to get Steve Snell's posts in your inbox